Posted by Kenzie Shofner on February 8, 2017 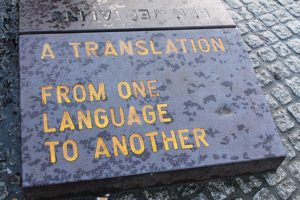 At ULG, we’re often asked “Why do I need to translate my content when everyone speaks English?” So we thought we’d tackle three common misconceptions about the need for translation head-on.

Misconception: I don’t need to translate because everyone speaks English.

Truth: Everyone does not speak English.

In fact, there are only 375 million native English speakers in the entire world. While English is the most commonly studied language in the world with 1.5 billion learners, there are far fewer proficient speakers. And the quality of national overall proficiency varies from country to country too, according to EF EPI, which found large variations in workforce English proficiency. The average score of all EF EPI survey respondents was 52.56 on their 100-point scale, but national scores ranged from 73.83 in the Netherlands to 33.64 in Iraq. Countries in the Middle East and North Africa (MENA) are uniformly in the lowest proficiency bands, and in most MENA countries, English proficiency is not improving.

In January 2016, CSA reported, “Today’s addressable online economic potential amounts to US$54.9 trillion, but English only grants access to 36.5% of that total. It takes a minimum of 11 additional languages, including German and Japanese, to open the door to 88.7% of the world’s total online gross domestic product (GDP).”

Misconception: English is the second language of choice globally.

Misconception: We won’t lose any money by creating our materials in English only.

Truth: China and Brazil’s online retail markets are expected to more than double by 2018, while India’s market will grow eight-fold. And Common Sense Advisory “found a substantial preference for the consumer's mother tongue”. In other words, potential prospects may not buy products that lack instructions or post-sales customer support in their language.

It can also be costly to not translate your compliance materials for employees or third parties in other countries. For example, on June 7, 2016, Akamai Technologies and Nortek Inc. agreed to pay disgorgement and prejudgment interest ($671,885 and $322,058 respectively) when the SEC noted both companies failed to establish anti-corruption training procedures for their Chinese employees and translate their anti-corruption policies into Chinese. Both companies undertook remediation measures in response to the findings, such as providing mandatory anti-corruption trainings, translating anti-corruption policies in local languages and adjusting the internal audit schedule to prioritize facilities located in high-risk geographies.

Contact us today to get started on your translation needs.