Insurers Roll Up Sleeves in Bid to Promote Vaccine Equity 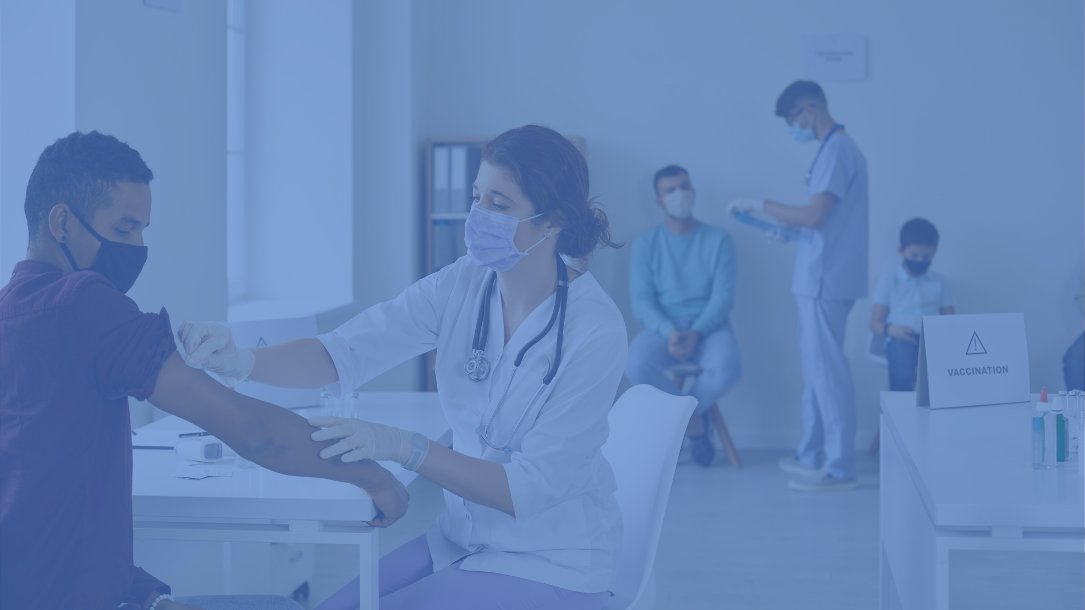 With three coronavirus vaccines authorized for use in the U.S. and production and distribution continually ramping up, it’s now more important than ever for stakeholders across the health care system to get involved in helping Americans get those crucial shots — including those who are the hardest to reach.

To that end, America’s Health Insurance Plans (AHIP) and the Blue Cross Blue Shield Association (BCBSA) recently unveiled a pilot initiative aiming to help vaccinate 2 million seniors who are part of the country’s “most at-risk, vulnerable and underserved communities” such as racial and ethnic minorities. Similarly, a language-services company that frequently works with health insurers is rolling out a Vaccine Equity program aimed at “ensuring that all eligible individuals receive the vaccine, regardless of language or cultural barriers.”

Speaking during a March 9 virtual panel discussion at AHIP’s National Health Policy Conference, Humana Inc.’s William Shrank, M.D., said he’s well aware of the gravity of the task that health insurers are taking on in their bid to increase equitable access to the vaccines.

Delivering the COVID-19 vaccines is “arguably the most important population health effort that we will be involved in in our lifetimes,” said Shrank, who is Humana’s chief medical and corporate affairs officer.

“The experience of the pandemic to date has really underscored and shined a very bright light on so many issues related to the disparities in how health care is experienced and delivered in this country,” Shrank added. “And in the absence of a very intentional, very purposeful approach to addressing disparities from the outset of this intervention — the distribution of the vaccine — there is no reason to believe that anything would change.”

Indeed, evidence of disparities are already emerging. Among the 53.1% of people who received one or more doses of a COVID-19 vaccine and for whom race/ethnicity data were available, 65.6% were white, 8.5% were Hispanic/Latino, 7.3% were Black, 4.7% were Asian, 0.3% were Native Hawaiian/Other Pacific Islander and 12% were categorized as “Multiple/Other” race, according to Centers for Disease Control and Prevention (CDC) data as of March 11. And a recent Kaiser Family Foundation survey found that white adults were more likely than Black or Latino individuals to ask a health care professional about the vaccine (see infographic, p. 8).

To combat that, Shrank said Humana and other health plans involved in the AHIP/BCBSA Vaccine Community Connectors initiative are focused on: “How do we, proactively, as a group of health plans, work together to leverage the data we have, the relationships we have with members, the partnerships we have in communities — with retail pharmacies, with health systems — to try to really get aligned around identifying those most vulnerable populations, providing outreach [and] providing the resources, providing transportation if necessary?” The groups are also planning on “partnering with providers in the community to try to reduce the likelihood that we will see these disparities in how the vaccine is ultimately distributed and received,” Shrank added.

Robert Gluckman, M.D., the chief medical officer of Oregon-based Providence Health Plan, said during the panel discussion that his organization is striving to ensure that it’s offering consistent, accurate information to its members. “We have a pretty rigorous process of collating information from reputable sources like the FDA and CDC, making sure that we also have information that’s consistent with our local health authorities, like Oregon Health Authority or the Washington Dept. of Health, and making sure that the information is accurate, because we also are well aware that there’s a lot of misinformation out there,” said Gluckman.

United Language Group, which announced the rollout of its new Vaccine Equity Program in a March 8 press release, is also aiming to combat misinformation, CEO Kristen Giovanis tells AIS Health. One of the main goals of the program is to help organizations ensure that the information being disseminated to people about the coronavirus vaccines is presented in an understandable way.

“There’s just a lot of misinformation out there, especially on social [media], and in many communities social is where they’re getting their news, because it’s in their language,” she says.

The firm also works with pharmacies and providers at vaccination sites to offer video and telephonic language interpretation services, according to Giovanis.

Even for payers that don’t use United Language Group’s services, there are proven ways they can go about ensuring their vaccine-related outreach is calibrated to account for cultural and language differences, says Abigail Katz, the organization’s director of health outcomes solutions.

“There are a lot of great ways that payers can set up dedicated phone lines in [different languages] or materials on their website…but I don’t think that’s enough; I think it needs to be coupled with an outreach strategy and really targeted, culturally appropriate outreach in [individuals’ native language] to draw the member to the information they need that, ideally, is also culturally appropriate [and in their language],” Katz says.

Giovanis adds that engaging community organizations that populations with limited English proficiency already rely on is a “critical pathway” because it “builds trust and awareness faster than any other communication type that’s out there.”

Now that vaccine production and distribution is ramping up, Gluckman said during the AHIP panel, Providence Health Plan has “really teed up our analytics” in an effort to promote vaccination among its members.

“So we have a dashboard that looks at what proportion of our members have been vaccinated, breaking that down by what type of coverage they have — whether it’s commercial or Medicare or Medicaid — [and we] have the capability of looking at vaccine administration in various localities and by our clients, really looking at vaccine uptake in a geographic way so that we can tailor our outreach based on where the needs are greatest and where there’s a mismatch between risk and uptake and supply,” he said.

“That’s an important opportunity for health plans, is to understand where their populations may not have been vaccinated yet and how we can really ramp up our community outreach partnerships to increase the uptake of vaccines,” Gluckman added.

ACHP Plans Launch Their Own Efforts

Members of the Alliance of Community Health Plans are also focusing on at-risk populations in their vaccine-related outreach. UPMC is teaming up with community organizations to “identify seniors in minority populations who are looking to schedule vaccination appointments,” HealthPartners is working with various groups to “amplify voices of trusted physicians of color and share important public health messages in local media outlets and across social media,” and Spectrum Health is “educating and encouraging vaccine confidence in minority communities through public virtual panel discussions with health care workers and activists,” according to the trade group that represents provider-aligned, nonprofit health plans.

Out on the West Coast, Blue Shield of California has been given the task of actually running the Golden State’s vaccine distribution program, although there have been some bumps in the road. A Feb. 1 article from California Healthline noted that while some health care experts “cautiously welcomed” the new plan from Democratic Gov. Gavin Newsom, a coalition of skeptical organizations warned Newsom that the idea “threatens to eclipse our members’ core local public health expertise and functions.”

And a March 6 article from the Los Angeles Times reported that “counties across California are increasingly pushing back against the state’s new vaccination program run by Blue Shield of California, with Los Angeles County officials the latest to ask for the ability to opt out amid a bipartisan chorus of concern.”

However, Blue Shield defended its efforts in a March 10 news release, arguing that it “has made significant progress in supporting the state’s goal of providing vaccines to all Californians equitably, safely and as quickly as possible, especially for communities disproportionately affected by the pandemic.” The insurer said the state’s enhanced provider network now includes more than 1,200 vaccination sites represented by nearly 90 health care providers, including Federally Qualified Health Centers, community clinics, multi-county entities, hospital systems, medical groups and pharmacies. “Combined with the mega sites operated by the federal government, California is well on its way to exceeding the goal of creating statewide capacity to administer more than 4 million vaccinations a week by April,” Blue Shield said.