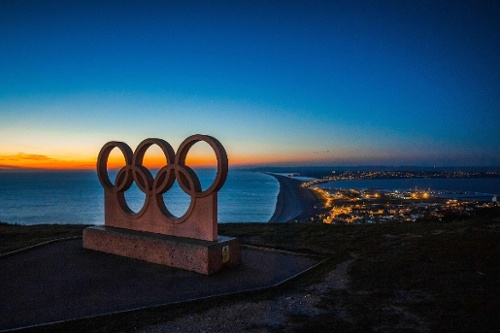 Digitization has permanently changed many industries over the past decade, and restaurants are no exception. To keep up with technologically savvy consumers, many restaurants have started to offer digital menus.

Navigating digital menus is now easier than ever. Choosing meals, requesting refills, paying, and tipping have become as simple as pressing a button.

While a few benefits of digital menus are easily apparent, there is one that might not register unless you need it, and can’t find it: multilingual language options.

Language options on digital menus have the potential to bring in new customers and hurdle over language barriers. And one retail giant has put a major emphasis on language with their digital menus. The question is whether that’s enough for a truly next-level dining experience.

One company has put a large emphasis on not just digital menus, but on breaking down language barriers. Aeon, a Japanese retailer, recently introduced a digital menu system for select Aeon Earheart restaurants. With the simple swipe over the menu with an IC card or smartphone, a customer is identified by nationality, and the menu will change the target language as needed.

In addition to developing similar systems with partnering companies in various industries, Aeon also plans to use the current restaurants as a trial run, with the hope of implementing them in time for the 2020 Summer Olympics, which will be held in Tokyo

Tourism is a critical part of the restaurant business. To attract foreign customers, the menu has to be translated. On physical menus, however, space is a huge issue, and the text could only be translated into one or two languages before there would be too much text.

Digital menus are the answer to this issue. For digital menus, space is no issue, and the menus can be localized for multiple languages options.

Digital menus are playing a larger role in global chain restaurants, too. McDonalds has digital kiosks as part of its “Experience of the Future” initiative. In locations where customers regularly speak different languages, McDonalds will account for differences with multilingual language options.

The potential impact that these multilingual menus could have on tourism is exciting. Foreign consumers get to experience fast food or local cuisine without having to worry about miscommunication, and restaurants will attract more business from incoming tourists.

Based on these advantages, it’s easy to see how automation and digitization within the restaurant industry will increase, and the necessity for well-implemented language options to go along with those changes.

Restaurants could get the idea that just because they have multilingual language options, that’s all they need to do. Nothing could be further from the truth—menu language options are just a segment of the digital localization process.

If a restaurant puts all of its effort into getting language options for digital menus, but ignores localizing their website, many prospective customers could visit the website, find no language options and then be discouraged from visiting the restaurant.

Language localization has to be available wherever a consumer needs it. Combined with elements like a fully localized website, digital menus will be incredibly useful moving forward, and it’s encouraging to see more restaurants implement multilingual language options as they go digital.