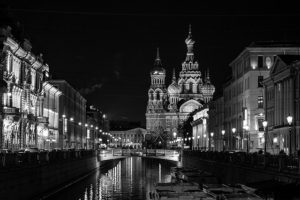 Russia has been getting its fair share of media attention lately. While most of it is political, which we won’t touch with a ten-foot pole, there are some interesting translation news stories coming out of the country that we’re following.

Why should you care about Russian Translation?

There are approximately 254M people in 16 countries who speak Russian. In addition, it is one of the most common languages used on the Internet and boasts one of the largest libraries of online content, second only to English.

In fact, 61% of the 143.5 million people in Russian are connected to the internet. Russian internet usage has grown considerably recently, at a rate of 41.5% since 2011. And Russian content on the web is expected to grow as more of the country comes online.

A December 2016 article on Slator noted that one of the first documented instances of successful machine translations involved Russian phrases on science, politics and the military; prompting scientists to predict in 2008 that machine translation (MT) would be a solved problem within three to five years.

While they were off by a few years, undeniably, machine translation is progressing rapidly. Some believe however that “it will take years until translation into some languages like Russian can be performed well by a tool,” especially when dealing with complicated topics like legal matters.

The rise of Russian translation technology

Technology plays a significant role in Russian translation today. This recent article about eBay’s translation machine noted that it would take 1,000 translators five years to translate the 60 million current listings eligible for Russia. Clearly, in this case human translation is not viable option.

In addition to machine translation, Computer Assisted Technologies (CAT) are growing in popularity in Russia. Julia Lipina, Head of the Translation Department at Russian law firm Pepeliaev told Slator, “I think the development of CAT technologies will continue to be the most important driver of the translation industry’s future development.”

Things to consider when translating into Russian

Due to the standardization of the language under the Soviet government in the 20th century, Russian is now a rather homogeneous language with limited dialectal variation. The standard language is used in written and spoken form almost everywhere in the country, from Saint Petersburg to Vladivostok (more than 4,000 miles apart as a bird flies!)

While no formal translation accreditation or institute exists in Russia, all translations intended for the courts or various state bodies need to be certified by a notary.

Written Russian uses the Cyrillic alphabet, consisting of 33 letters. The following table gives their upper case forms, along with IPA values for each letter's typical sound:

Because of technical restrictions in computing and the unavailability of Cyrillic keyboards abroad, Russian is sometimes transliterated using the Latin alphabet. This was once commonly used by the majority of those living outside Russia, but now that Unicode character encoding fully incorporates the Russian alphabet, it is seen less often.

Here are a couple resources to help you get your Russian translation projects started on the right foo:

Have questions about translating into Russian? We’d love to help. Contact us today.

On an average day, you might get up, go to work or school, come home, spend time with family and ...
Read More

THE PROS AND CONS OF STATISTICAL MACHINE TRANSLATION