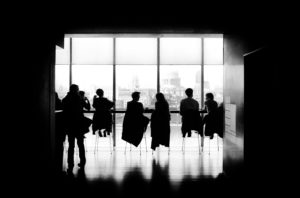 Some may have grown tired of the debate over whether humans will eventually be outdone by machines. But the fact that it’s constantly talked about doesn’t dampen the reality it signifies: the calm before what will likely be a violent paradigm shift in every industry, including, you guessed it – translation and localization.

It’s been predicted that machines could take almost half of the jobs in the U.S. by 2030. In more dire projections, some posit Artificial Intelligence (AI) will mean world domination (and it’s not the humans who take over).

The so called “singularity” might come sooner than we think, with robots developing into the humanoids necessary to take on our daily tasks, and in some cases, our jobs completely.

A recent study asked experts from the machine learning field to hypothesize when AI would reign supreme. In the translation realm, it will only take 20 years, they predicted.

Machine Translation (MT) is an amazing cost saver and can create smaller, more manageable workloads. But, for the time being, accurate and thorough translations still require the human touch. Here’s why.

MT has taken roughly 50 years to get to the performance level it’s at now, and even with five decades of improvements, it’s still not perfect. Creating a robust MT system that covers all known languages is a massive undertaking. The task would encompass creating a corpus of text that spans 7,000 languages with proper grammar and context-accuracy.

Don’t forget, too, that language evolves over time. This means that whenever our lexicon grows, so would our text corpus.

Unless there is an unprecedented shift in neural technology, it’s not likely this endeavor will be conquered in the near future. The scope of creating MT that’s more effective than human linguists seems impossibly large in the short term.

A machine’s ability to translate documents by way of rote, neural memory doesn’t compare to a translator’s personal skills. Although MT can do some of the work itself, when it comes to consultation, and recommendation based on projects, this is still in the humans’ realm.

Until MT systems reach a level of intelligence that allows complex and insightful thought processes, linguists will need to make executive translation decisions. For example, a robot can’t yet tell whether certain text might be offensive or might not fit into context.

Our ability to think creatively and be intuitive is something robots lack. Although, some think that might not be the case in the future.

Native speakers with a strong knowledge of the industry they’re translating for are important. You can teach an MT system how to leverage a corpus, but you can’t tell a neural network how to become an expert in the legal field, for example.

Until there are robots that can think just like humans, we’ll still need professional linguists to translate industry-specific materials. The same is true when it comes to fluency and native language knowledge – a native speaker intuitively knows how to navigate different context and nuance based on specific circumstances. An MT system cannot yet do that.

What Does The Future Hold?

It’s not certain that AI will take translators’ jobs in the future. And, as stated earlier, even if it happens, it will likely be a while before MT reaches human accuracy.

But we’ve already seen technology snatch jobs from humans. Fortune reports that the United States has lost five million factory jobs since 2000, with the majority being taken by robots. It’s expected that almost half of all jobs in the US could be lost to automation in the near future, too.

MT is progressing fast, and although unlikely, it could debunk predictions and come into its own sooner than we think. But that hasn’t happened yet.

In the meantime, translators should educate themselves at every chance they get, learning new skills to make themselves more attractive to those in need of localization. The more they show off the importance of the “human touch,” the more likely they’ll continue to be chosen over MT in the future.