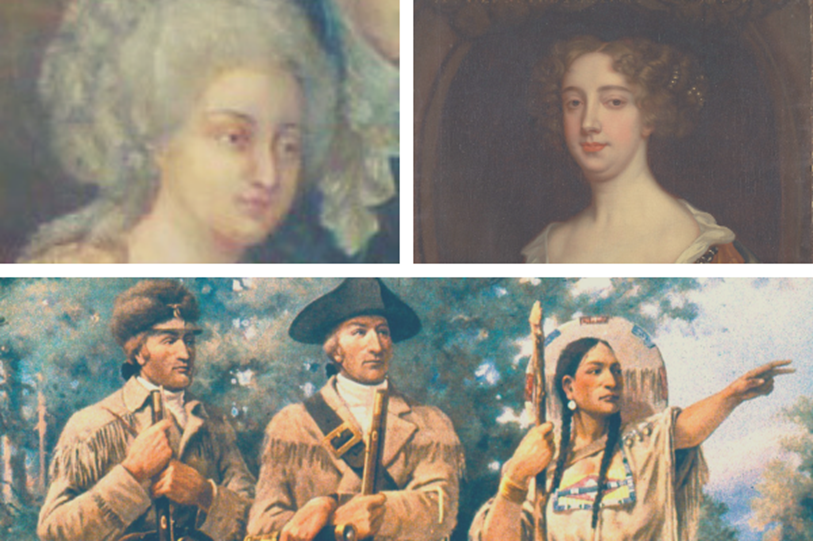 Like many other fields, translation has been dominated by men for much of its history.  Historically speaking, female translators didn't have the same opportunities and weren't taken as seriously as their male counterparts.

That doesn’t mean they lacked the talent.  Even in times and places in which women were discouraged from pursuing both education and careers, some women persisted and used their linguistic skills to make their marks as translators and interpreters.

Aphra Behn was an English playwright, poet, novelist, and a French-to-English translator. A contemporary of John Dryden, she is one of the first women in recorded history to earn a living from her writing.

She had an incredibly exciting life, though many of the details are lost to time. She was the child of a barber (probably) and married a German or Dutch merchant (maybe). After her husband died, she became a spy for King Charles II during the Second Anglo-Dutch War. However, upon her return, the king was in no hurry to pay her for her services or reimburse her expenses. She ended up deeply in debt and turned to writing to pay the bills.

In 1688 she published a translation of a French book about astronomy, A Discovery of New Worlds,  by Bernard le Bovier de Fontenelle.

As a young woman, Anne Dacier learned Latin and Ancient Greek from her father, a French classicist. She later became a Greek-to-French translator. She translated both The Iliad and The Odyssey from Ancient Greek. As a result, she helped introduce the work of Homer to the 16th-century French literary world.

Claudine Picardet was a French scientist and scientific translator with an impressive set of skills and accomplishments. She was a chemist, a mineralogist, and a meteorologist. She was also fluent in Swedish, English, German, Italian, and Latin. As part of the Dijon Academy, she translated three books and hundreds of scientific papers. Her work helped fuel the “chemical revolution”  in France.

A Shoshone woman married to a Quebecois trapper, Sacagawea is famous for her role as an interpreter for Lewis and Clark. She was only sixteen years old, with a newborn infant, when the expedition to map the Western portion of the United States began.

Lady Charlotte Guest's passion for languages went back to childhood when she taught herself Arabic, Hebrew, and Persian. She learned Latin, Greek, French and Italian from one of her brothers' tutors. When she married Welsh ironmonger John Guest, she quickly added Welsh to the list.

In 1838, she began to publish her English translation of The Mabinogion, a collection of Welsh myths and the earliest known work of prose from Great Britain.

Mary Louise Booth was the first editor-in-chief of Harper’s Bazaar. While she was a gifted writer, she received the ground-breaking position as a result of her efforts as a translator. During the American Civil War, Booth worked feverishly to translate a number of French books promoting abolition and the Union cause. She translated all of Count Agenor de Gasparin's "Uprising of a Great People" in less than a week! President Lincoln was so impressed with her work; he even sent her a thank you note.

If you read War and Peace, Crime and Punishment, or Anna Karenina in school, you can probably thank Constance Garnett for the translation. Whether you love her work or hate it (Vladimir Nabokov was not a fan), she was the most prolific translator of late 19th and early 20th-century Russian literature.

She was the first to translate Russian novelists like Tolstoy, Dostoevsky, and Chekhov into English, and many of her translations are still in use today.

Fortunately, these days successful linguists can be any gender and come from anywhere. At United Language Group, we have expert translators from across the globe ready to translate your content into all the languages of your business. For more information, please take a look at the services we offer and the industries we serve, and then contact us for your next project.

CAN YOU AFFORD TO GO WITHOUT TRANSLATION SERVICES?