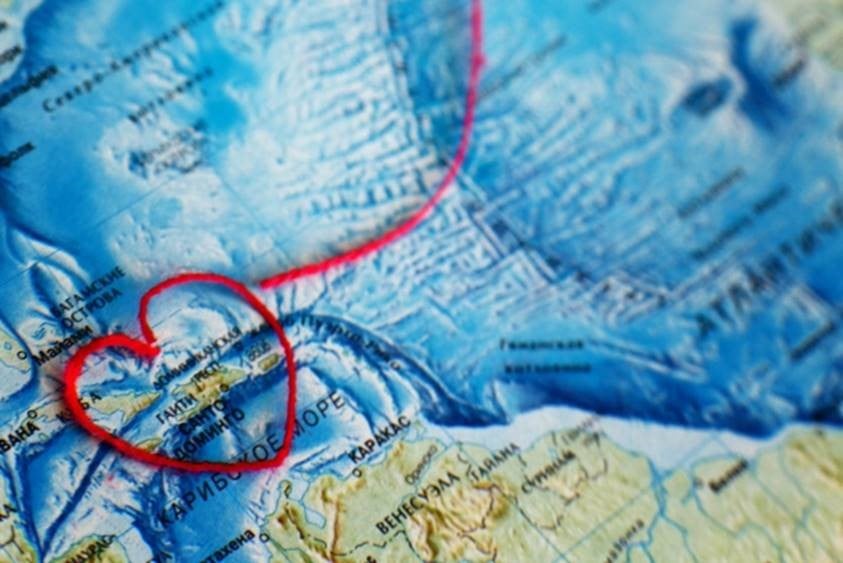 In Denmark people traditionally exchange pressed white flowers called snowdrops instead of fresh bouquets. It’s also traditional for people to send their crushes “joke letters” called gaekkebrev. These poems or rhymes are signed only with dots, so the recipient has to guess who sent it. If they guess correctly, the sender will owe them a chocolate Easter egg later in the spring.

Boyfriends and husbands are spoiled for Valentine's Day with chocolates and flowers. March 14th is "White Day" when women are doted on with chocolate, flowers and a gift.

February 14th in Japan is also a day to spoil men. However, it's not just your sweetheart you're expected to spoil. Chocolate is given to male friends, coworkers and bosses, as well.  Different types of chocolate are expected for different relationships:   "giri choco" or “obligatory chocolate” is for platonic relationships and love interests get “honmei choco” (true love chocolate) along with a handmade gift.

If someone gave you a chocolate pig for Valentine’s Day, would you consider it an insult?

You wouldn’t if you lived in Germany. The pig represents both luck and lust. It’s traditional to exchange pig-themed gifts with the one you love.

Germans also celebrate Valentine’s Day with a much tastier version of those “conversation heart” candies: big, heart-shaped ginger cookies with messages written on them.

For more than a decade, Filipinos have been celebrating Valentine's Day with mass weddings. Couples gather to exchange vows and celebrate at the same time.  Local government agencies usually sponsor these mass weddings. For couples living in poverty, this is a way they can afford marriage.

In Ghana, February 14th is National Chocolate Day. Tastings, dinners and other events are held around the country to promote Ghana’s top agricultural export- the cocoa bean.

In Estonia it's called Sobrapaev, which means “Friendship Day.” Instead of a day for sweethearts, it’s a day to celebrate friendships of all sorts.

taiwan: flowers with a twist

Taiwan celebrates Valentine’s Day on February 14 (as well as another similar holiday on July 1st ). Just as in Western countries, girlfriends expect to receive flowers.

However, in Taiwan, the color and number of flowers in the bouquet often carry a secret message. Red roses mean “you’re my one and only.” Ninety-nine roses mean “I will love you forever.” One hundred and eight roses mean “will you marry me?”

Holidays and cultural symbols can carry different meanings in different cultures. Valentine's Day is just one example. If you do business internationally, your business communications will be more effective if they're written with these differences in mind. At United Language Group, our team of linguists take language and culture into account to make sure your message comes through in all the languages you use to do business. For more information, please take a look at the services we offer and the industries we serve and contact us today.

VALENTINE’S DAY AROUND THE WORLD

8 NEW YEAR’S TRADITIONS FROM AROUND THE WORLD

HOW HALLOWEEN IS CELEBRATED AROUND THE WORLD