Communicating in the Somali Language 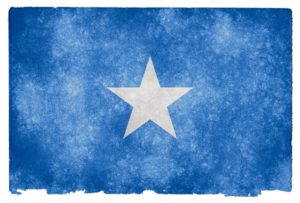 The Somali language is spoken by approximately 16 million people in Somalia, Djibouti, Ethiopia, Yemen and Kenya, as well as by the Somali diaspora. Many Somalis fled to countries in the Middle East, Europe and North America because of famine and decades of civil war at home.

Now, over 1 million Somali refugees live abroad, and more than 1.3 million internally displaced persons live within Somalia. The United States alone has accepted more than 100,000 Somali refugees since 1991. Currently the size of the Somali-American community is estimated to be more than 200,000.

In the U.S., Minnesota is home to America’s largest Somali community, with approximately 33,000 people. Somalis there account for approximately $475 million in purchasing power and own up to 600 businesses.

The Somali language has traditionally been an oral one, with low literacy rates in the country. Somali people are often fluent in several spoken languages including Arabic, English and Italian, but only 37.8% of Somalia’s population can read. This low literacy rate is in part due to the different writing systems which have been used over the years to transcribe the Somali language.

The Somali Latin alphabet was introduced in October 1972 through a nationwide rural literacy campaign. Prior to that, an Arabic-based alphabet known as Osmanya was used for writing in Somali.

To best communicate with your Somali speaking audience, you will not only want to translate your materials, but will also want to adapt them for the appropriate literacy levels. For tips on writing for different literacy levels check out our website.