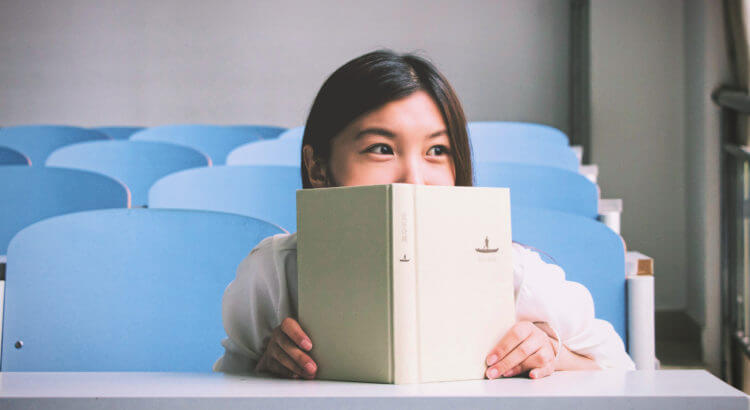 News broke this past week that sarcastic language is now banned in North Korea. In a series of mass meetings held over the month of August, representatives of the government warned citizens that phrases such as “this is all America’s fault” are now considered “hostile actions” against the state and the Kim regime.

Responding to a problem with the retort, “This is all America’s fault,” had become popular with citizens as a jibe at how officials tend to blame all of North Korea’s failures on the West.

It’s possible that President Kim and the North Korean government recognized that sarcastic language gave people the ability to subversively criticize the state. Most outside observers ascribe the new ban on sarcasm to the state’s fear of a vocal opposition.

This is by no means the first time that state leaders have taken it upon themselves to limit indirect or ironic language. Two years ago China deemed that puns and idioms were harmful to the integrity of the Chinese language. But North Korea’s newest mandate takes past attempts to squash ironic uses of language one step further.

While the new ban doesn’t reflect well upon Kim or the state of his reign (if only he had some consultation on how to internationalize this story for a global audience), in a sense it reveals some expansion of his government’s understanding of the power of language.

However, Kim and his associates have yet to learn how quickly language evolves. New words are invented while others fall out of use. Sentence structures and grammar rules shift. And as demonstrated here, irony and other forms of humor can change how phrases or words should be read.

It takes focused and well-equipped resources to stay on top of the numerous ways the world’s languages are constantly growing. Although they might try, the North Korean government and its lawmakers cannot keep up.

Language simply changes too fast for government bureaucrats or heads of state to control. When they manage to clamp down on one subversive behavior, the people respond by developing even more veiled ways of speaking their minds.

Sarcasm is one of the most versatile and powerful ways that we manipulate language for the use of critique. That critique is most often directed against those in power.

What’s so Dangerous About Sarcasm?

Irony, written or spoken, takes many forms. But sarcasm, a particular type of verbal irony, resides in a special category all its own.

When a person says one thing but means the opposite, that’s verbal irony. What sets sarcasm apart from other kinds of verbal irony is its potential to cause harm to its target.

Etymologically speaking, sarcasm is rooted in the Greek word sarkazein which translates literally “to strip off the flesh.” Sarcastic language doesn’t simply contradict its surface content; it should hurt the person it’s addressed to.

When you announce to the room in general, “I am so excited to go this meeting,” when you in fact are dreading it, you are being verbally ironic. You’re being sarcastic when you look your colleague in the eye and say, “You are such a stylish dresser,” when you don’t like their outfit. Sarcasm is intended to wound.

Bullying potential aside, sarcasm is at the heart of influential genres like political and social satire. Entertainers, artists and citizens across all time and place have used hyperbole and parody to critique unjust power structures. Satire highlights the ridiculous in order to instigate social change.

In places where political discourse is free and unrestricted satire looks like comedians like John Oliver or Stephen Colbert poking fun at American politics on television. On the other hand Egyptian Bassem Youssef, a television comedian similar to Oliver, was arrested for his public satiric critiques of Egyptian politics in 2014.

Youssef and other satirists have been met with resistance or indictment from their ruling governments. Sarcastic language and satire have prompted strong responses from restrictive states around the world.

How are North Koreans Using Sarcasm?

With few exceptions, North Korea may have one of the most regulated public spheres in the world. So much so that it’s near impossible for those on the outside to know what average North Koreans think, feel or what jokes they’re making.

The country is essentially a black box; it’s difficult to obtain information that is not carefully curated by its government. All we as non-North Koreans can really observe are the reactions from its government after the fact without many details about the inciting incident.

What we can deduce is that North Koreans found ways to use ironic and sarcastic language to critique the state. They discovered ways to use language to empower themselves to speak some amount of truth to power.

These expressions admittedly may have been small. It doesn’t seem all that radical to say, “This is all America’s fault,” in jest. Yet this and other possible incremental indications of resistance to the state’s enforced rhetoric clearly scared Kim enough to prompt the ban.

Apparently a rebellion can begin with a joke.

Only time will tell how successful this sarcasm ban and other measures will be at maintaining order in North Korea. But who knows? Maybe Kim’s astute statesmanship and leadership capacities will enable him to keep his people from expressing their dissatisfaction forever.

If we turn to history, we can deduce that attempts to limit language and people’s use of it never really works in the long run. Language will always grow and change faster than restrictive governments can handle.

There are ways to ensure that the way we communicate with each other across borders is accurate and effective. And there are ways to track growth within a language. But as Kim and his officials must soon come to understand, there is no way to stop that growth.

To stay updated on all the ways language shifts and grows, bookmark United Language Group’s homepage and follow us on Facebook, Twitter and LinkedIn. Let us help you stay on top of all of the different ways we talk to each other, sincerely and sarcastically, in this global age.