Speaking Around The Boot: The Regional Languages of Italy 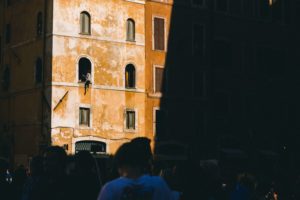 Speaking Around The Boot: The Regional Languages of Italy

When most of us think of the Italian language, Standard Italian comes to mind – “ciao bella, come stai?” and “buon giorno,” and so on. In fact, Toscano, or the Italian originally written by the medieval poet Dante and spoken in the Tuscan region for hundreds of years, is the closest relative to modern Italian.

However, like most countries in Europe (or around the globe for that matter), Italy has a large number of local or regional languages that are actively spoken.

Often erroneously referred to as dialects, most of these regional languages take root in Vulgar Latin (the nonstandard form of Latin spoken after the classical Roman Empire) and are thus considered Romance Languages.

These languages are not simply dialects of Standard Italian. Most of them are quite distinct. Instead, they developed long before the spread of the standard Italian language in the 20th century.

The Regional Languages of Italy

Of the numerous regional languages of Italy, several of them are considered minority languages and belong to the Indo-European family. Examples include: Cimbiran (Germanic) spoken along the Austrian border, Arbëresh (Albanian) spoken in the area around the heel of Italy, the Slavomolisano dialect of Serbo-Croatian (Slavic), from the region of Trieste, and Griko (Hellenic/Greek), also spoken in the heel.

In addition to these minority languages, according to UNESCO, Italy has 31 languages classified in varying degrees of endangerment. The most widely spoken of the local languages is Romanesco (Central Italian - Rome) with 5,700,000 speakers and the least prevalent, Mocheno (Bavarian-Austrian), spoken in the Trentino/Alto Aldige region, with only 1,000 speakers.

I am fluent in Standard Italian and have a Minor in Italian literature. As such, I have spent a considerable amount of time in Italy over the past 25 years and been fortunate to visit a majority of the country.

As you can see from the above, some of these dialects don’t even remotely resemble Standard Italian.

Like many languages in the world, these regional languages are becoming more and more scarce as the older generations pass on and the younger generations fail to take an interest.

My only hope is that somehow, some way, these important symbols of the diversity and ancient history of the Italian culture don’t fade away.