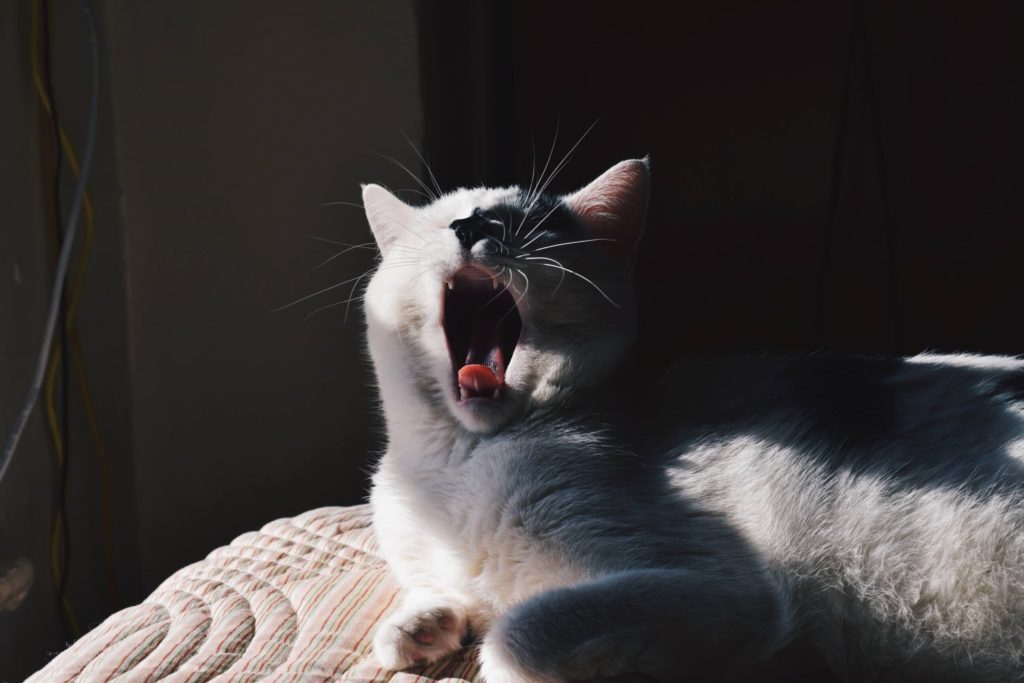 Domesticated animals were one of the first “technologies” humans employed for survival -taming, training, and breeding different species for different purposes. We domesticated horses to carry us long distances, or haul heavy loads. We domesticated dogs to defend us from intruders or attackers, and to help us hunt game. We domesticated cats for rodent control, and to make viral internet video footage.

Verbal communication with domesticated animals has historically only been a one-way process: humans “train” an animal with basic verbal commands (“Sit!” “Get down from there!” “Come here!”), and an animal eventually learns to respond accordingly. This one-way system takes a lot of time and patience, and doesn’t always work well.

But with the rise of the Internet of Things (IoT), devices are emerging that could actually translate your pet’s vocalizations, thoughts, and behaviors – and ultimately connect us on a new level with our canine, feline, or equine companions. Here are a few of our favorites:

BowLingual is one of the most revolutionary tools of which you are most likely not aware. The dog-to-human animal translation device was developed in 2002 by Japanese Toy company Takara, originally just for Japanese pet owners, but soon versions were created for the South Korean, Canadian and U.S. markets. The inventors of this technology actually won the tongue-in-cheek Ig Nobel Peace Prize for “promoting peace and harmony” between dogs and humans.

While the device was marketed as an animal translation tool, it was really more of an “emotion analyzer.” Among its many helpful features, BowLingual recorded and analyzed dog barks, categorizing them into one of six categories: happy, sad, frustrated, on-guard, assertive, or needy. The tool then displayed a rough emotional “translation” of the sound for the owner, displayed on a small handheld computer. The inventors presented this amazing new tool to several prominent politicians, including Russian President Vladimir Putin and his 3 dogs.

Despite the hype, this tool did not necessarily deliver on its promise to translate dog barks for human listeners. Veterinarian Sophia Yin reviewed the product, giving it a less than passing grade for consistency, accuracy, or effectiveness for understanding meaning behind a dog bark. Sadly, the BowLingual toy was removed from all markets shortly thereafter.

Chat with Your Cat: The Catterbox

Over a decade after the BowLingual emerged (and disappeared!) from the scene, the Catterbox set out to translate feline vocalizations. Driven by an extremely successful marketing campaign by the Temptations cat treat company, the Catterbox promotional videos went viral on Twitter and YouTube, leaving the worldwide web clamoring for a tool to interpret its most famous animal star.

While the videos were actually a publicity stunt for Temptations cat treats and not an actual technology campaign, the British ad agency behind the videos did develop a prototype and released 50 of them in New Zealand. Unfortunately, there weren’t user reviews we could track down before we published this post. (However, if you’re one of the lucky recipients of a Catterbox prototype, please Tweet us at @UnitedLanguage.)

While none of these tech products are available at global retailers anymore (or ever), it’s worthwhile to note advances in animal translation technology won’t necessarily apply to our domesticated animal friends without understanding how their cognitive and behavioral patterns function first.

Animal behaviorists, veterinarians, and psychologists have spent decades studying and interpreting animal behaviors to improve the lives of animals and their human counterparts, and they are making progress, despite the spotty past of translation tech for pets.

Professor Con Slobodchikoff of Northern Arizona University has developed groundbreaking research on the communication patterns of prairie dogs, for example, and his studies reveal a surprising number of vocalized “terms” already in use by these tiny rodents, and a complex culture that is shockingly human-like. Professor Temple Grandin of Colorado State University also famously researched the behaviors of animals in the light of her own experiences as a person living on the autism spectrum, which she argues gives her unique insights into the languages, cultures, and behaviors of domesticated animals.

While these famous researchers are certainly bringing to light many revolutionary ideas about communication and harmony with domesticated and wild animals, it seems that technology to help humans interpret animal thoughts and feelings is still in it’s infancy.

Technology I Translation I Language