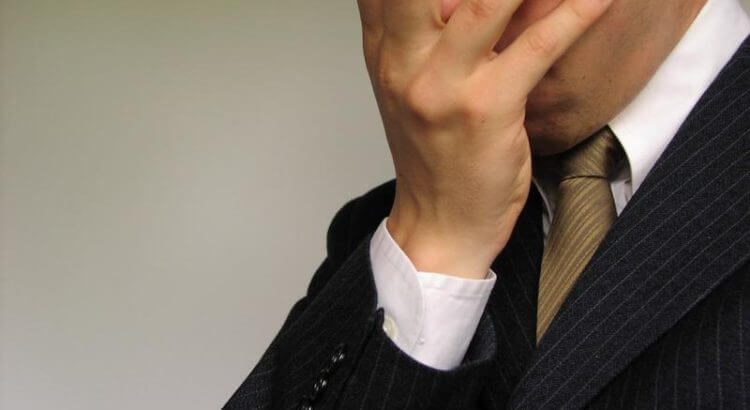 As if Apple hasn’t already gotten enough slack recently for not incorporating a headphone jack into its newest iPhone, things got worse last week. Quite a bit worse.

CBS News reported Friday that the company’s slogan for the new phone, “This is 7,” translates roughly to “This is penis” in Cantonese. Not exactly what the tech giant needs as they try to expand their global market.

The company co-founded and made famous by the late Steve Jobs doesn’t seem to have wowed customers as it had hoped with the iPhone 7, and the recent translation blunder doesn’t help.

In Hong Kong, consumers’ primary language is Cantonese, in which the pronunciation of “7” sounds like slang for the male sex organ. Apparently Apple isn’t the only one to have fallen victim to the mistranslation; Quartz reported that earlier this year, Samsung had a similar problem with its “Note 7” phone, which sounded like a “stick of penis” in Hong Kong.

Apple isn’t alone in struggling to find the right words while marketing internationally. Conveying a message to a global audience has caused some embarrassing moments for major companies around the world. Let’s take a look at a handful of other mistranslation victims that have struggled to get their point across.

HSBC Bank – “Do Nothing”

In 2009, the bank set their motto as, “Assume Nothing.” Unfortunately, that translated in some countries to “Do Nothing,” which isn’t exactly the best marketing tagline. The last time I checked, marketing your company’s tendency towards apathy isn’t how you gain traction in the business world.

Tesla – Cruising On Autopilot… And Crashing

This year, the California-based car maker has received flak for a translation on its Chinese website that is blamed to have caused an accident. An assisted-driving feature was translated to “zidong jihashi,” which can mean autopilot or self-driving. Thinking he was operating a driverless car, one man took his hands off the wheel and hit a parked vehicle while using the feature.

Clairol attempted to market their “Mist Stick,” curling iron in Germany. Too bad for the hair products company, it translated to “Manure Stick” in German. As if Mondays weren’t already bad enough, using a manure stick to do your hair can’t help.

Nokia – You Named Your Phone What?

In 2011, it was discovered that the phone company’s “Lumia” model meant “prostitute” in Spanish. Although, on the bright side, The Daily Mail reported that the term is not used often and “only appears in Spanish dialects with a heavy gypsy influence.” Still, it's not flattering press.

American Dairy Association – “Are You Lactating?”

In an attempt to bring its “Got Milk?” slogan to Mexico, the American Dairy Association’s translation inadvertently came out to “Are You Lactating?” in Spanish. The ADA came close, but clearly could not find the cigar.

An organization definitely doesn’t want to mimic the cringe-worthy translation bloopers mentioned above. To go about global marketing the right way, companies should hire a Language Solutions Provider with subject matter experts who understand linguistic nuance and how to get it right. Otherwise, mishandled translations could leave marketing teams with a very bad reputation.