Supporting a positive and pro-active stance against corruption

Posted by Kenzie Shofner on December 7, 2017 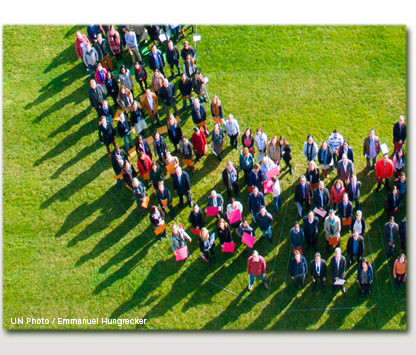 Supporting a positive and pro-active stance against corruption

December 9 is International Anti-Corruption Day. Every year $1 trillion is paid in bribes while an estimated $2.6 trillion are stolen annually through corruption – a sum equivalent to more than 5% of the global GDP. In developing countries, according to the United Nations Development Program, funds lost to corruption are estimated at 10 times the amount of official development assistance (ODA). But corruption does not just steal money from where it is needed the most; it stifles economic growth and leads to weak governance.

As the first legally binding international anti-corruption instrument, the United Nations Convention against Corruption (UNCAC) provides a unique tool to address this global problem. In effect since December 2005, the Convention, of which UNODC is the guardian, covers four main areas: prevention; criminalization and law enforcement measures; international cooperation; and asset recovery. The Convention also contains provisions on technical assistance and information exchange and its Conference of the States Parties established a peer review mechanism in 2009. The Convention now has 177 State parties, meaning that the vast majority of UN Member States have come on board.

Preventing and combating corruption requires a comprehensive approach, but only in a climate of transparency, accountability and participation by all members of society is this possible. Governments, the private sector, the media, civil society organizations and the general public need to work together to curb this crime.

FCPA and Other Government Investigations

Governments around the world are increasing their pressure against anti-corruption. For example, the DOJ recently increased its Foreign Corrupt Practices Act (FCPA) Enforcement unit by more than 50% and the FBI established three new squads of special agents devoted to FCPA investigations and prosecutions. Furthermore, France adopted a new Law on Transparency, representing a reaction to international pressure brought to bear against the French government for its perceived laissez-faire enforcement towards corruption, and a response to severe sanctions imposed by the U.S. Department of Justice (“DOJ”) on French companies in recent years.

There are approximately 75 companies that are currently the subject of an ongoing and unresolved FCPA-related investigation and at least 77 other companies suspected to be the target of an ongoing FCPA investigation. With more than 52 countries involved in these investigations it raises the question of how to best establish compliance programs that span multiple borders and foreign languages.

According to the United Nations Development Programme (UNDP) and the United Nations Office on Drugs and Crime (UNODC), companies should take a zero-tolerance attitude towards corruption and put policies in place covering issues such as gifts, supply chains and whistleblowers, in order to promote a fair and just environment. Through their actions and attitudes towards corruption, the business community can promote fair competition by working together and supporting countries in developing and strengthening the public anti-corruption infrastructure.

In addition, in our globalized world, translation and localization are essential to international compliance programs. One of the best way to minimize risk and follow the DOJ’s guidelines for effective compliance is to translate and localize all compliance-related documentation into the local language for employees and third party suppliers. Offering compliance materials in their native language helps ensure that your program is as effective as possible and can help you avoid issues as in the recent SEC actions against Nortek Inc. and Akamai Technologies.

Have questions? We can help. With services in more than 125 languages, an acute sensitivity to cultural nuances, and an international network of over 5,000 professional legal translators, VIA is your resource for compliance translation.