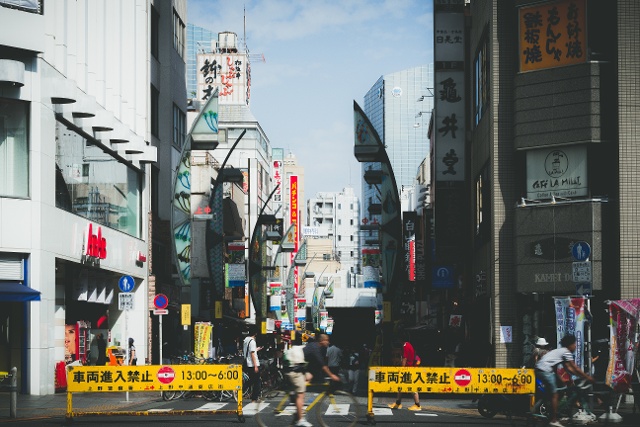 When planning your entry into this exciting and fast-paced economy, be sure to remember the following principles to ensure your success.

Japan has strong local communities within its market. This means that consumers will do business with a local company, before using a foreign company. This local loyalty is so strong that, in the past, Japanese companies have popped up to compete with newly entering foreigners if there is not an equivalent Japanese company already.

The best way to combat this is to out-invest and out-deal the local companies.

Even though Japanese customers are known historically for buying locally, more recently they have been willing to look around more for the best deal and quality.

Large investments are required to enter the Japanese market, therefore, you risk the chance of losing big. But it also means you have the chance to win big. Once the money is in play, you’ll have to start thinking about how to tailor your company’s image and branding to the Japanese market.

Japan’s process of doing business is completely different from more familiar Western standards. Japan’s standards for quality and service are much higher than in most Western countries. In order to successfully reach and attract Japanese customers, companies new to the market usually have to redesign or further develop their products and branding to meet the high standards of the Japanese market.

Big industries in Japan were organized in historically grown industry groups, called “Keiretsu.” These used to be six large groups in the Japanese market that were centered on a large bank and trading company, with a wide array of companies from all industries.

The Keiretsu structure no longer exists, however, the relationships it built are still extremely prevalent and important in Japan. Creating a relationship with, and fully understanding, Keiretsu can be critical for survival in the market.

It’s common sense to pay close attention to your target audience in whatever market you enter; this is extremely important when it comes to Japan.

When advertising for instance, if you want to reach older customers, getting ads in the local newspaper would be highly beneficial. Senior citizens in Japan are known for avidly reading the newspaper.

However, if you are looking to attract a younger audience, new media is the best way to go. Blogging is especially prevalent in Japan and is followed closely by a majority of the young population.

Normally, media is a good way to reach all customers, but in Japan there is this distinction between the ways and routes to get to different audiences. Keeping track of differing habits of certain market demographics can make or break your strategy’s success in Japan.

Japan is a valuable and powerful market, especially for technology companies. However, there are many differences between the Japanese market and the rest of the world. If you are prepared to invest time, money and effort into learning the Japanese culture, connecting with the right businesses and remodeling your product to fit Japan’s image, then you’re prepared to not only enter the Japanese market, but to thrive in it.