Do you really need to work in 122 languages to do business in India? 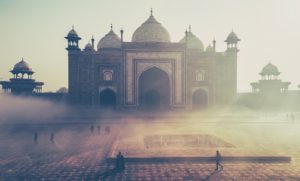 Do you really need to work in 122 languages to do business in India?

A while back we came across an article from Quartz Media “To compete online in India, businesses will soon have to work in 122 languages” and we had to find out if it was true.

With 1.25 billion people, India is the second most populous nation and one of the fastest growing major economies. While India is home to 125 million English speakers, some 80–85% of the population not speak English. Hindi is one of the most widely spoken languages in the world with more than 588 million speakers, but India actually has 22 official languages, 122 major languages, 1,600+ dialects, and multiple writing systems with different fonts. In addition to Hindi, the languages most translated into are Tamil, Marathi, Punjabi, Kannada, Bengali, Gujarati, Telugu, Malayalam, Urdu, and Oriya.

Furthermore, the number of people using local languages to access the internet is approaching 150 million and is growing at a much faster rate than those using English due to the increasing use of smartphones in rural areas. In fact, only about a third of the nation’s population (460 million people) are currently using the internet, but the millions who have still not gone online are expected to by 2019.

The government is helping drive that growth through its investment in wifi infrastructure development in rural areas through the Digital India campaign. As a result, more Indians are buying smartphones and going online with handheld devices. Furthermore, the government’s plans to go cashless are driving increased demand for banking and payment portal apps in local languages to facilitate online financial services and transactions.

Translating to Hindi & English May not be Enough

In the meantime, here are a few interesting Hindi proverbs from BBC to inspire you: