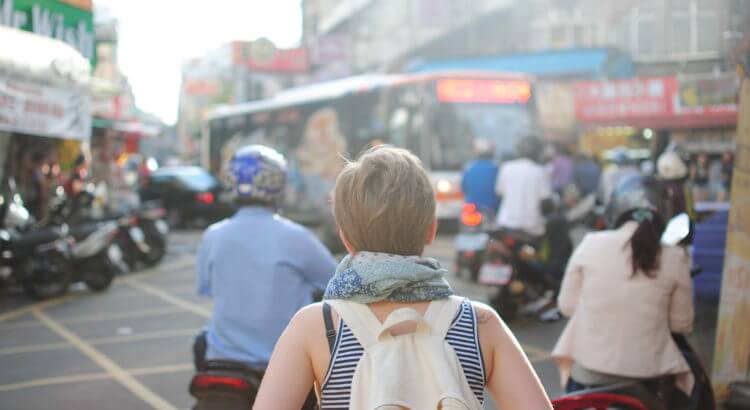 After months, maybe years of talking about it, you’ve kept your resolve, saved the money and booked your dream vacation in a completely different country. All that’s left to do is pack your bags and catch your flight.

But before you board your plane, you’ll need to figure out how to speak the language. Chances are you’re not going to have a fixer following you around and tending to your translation needs. And in the digital age, the days of pocket dictionaries are all but gone.

It’s likely you’ll use a translation application on your phone or other device to understand what you read, hear and see. These tools are widespread, with some being better than others.

We’ve tried to narrow down what we feel are some of the best apps for translation when traveling to a different country.

Although we’ve been caught lamenting some of Google Translate’s shortcomings, we still realize its potential for consumers. The app has the ability to translate in over 100 languages and can understand the spoken and written word while also deciphering the text in photos or drawings on your phone.

This year Google added a “Tap to Translate” function that allows users to select any text and have it translated without opening the app. A recently implemented “offline” feature lets you translate text without using an internet connection.

Google Translate can be bad for business, but it’s still a viable option for someone who needs a helping hand overseas.

In Chinese, Wàiguó means a foreign country. The founders of Waygo transliterated the meaning to name their app, which translates for Chinese, Japanese and Korean.

The nice thing about Waygo is that you don’t need to use an internet connection to have text translated. The downside is that to get the full experience, you’ll need to pay for the app, and a free trial is limited to only 10 daily translations. The paid version with all features included will cost you $12.

Notwithstanding the lack of languages and cost, Waygo has gotten strong reviews on the web and is said to avoid some errors Google Translate users encounter.

iTranslate can interpret over 90 languages and understands both text and voice. Another nice feature is its ability to slow down audio to help you understand how to pronounce certain words. Also, it’s free. There is an upgraded version that supports voice-to-voice conversations and a tool designed specifically for website translation.

The app allows you to choose between different language dialects with audio translations and also contains a synonym dictionary. It can save translations so you don’t have to look up the same words or phrases more than once. Translations can happen offline, too, but that only comes with the paid app.

Described by Heavy.com as “quick and dirty,” iHandy is a text-based translation tool for the most part, but also has a text-to-speech function. It can translate 52 languages and has a translation history function to do away with repeated searches.

The app is intuitive, with a simple text box-to-text box translation setup. In the iTunes store, iHandy is listed for $2.99.

iHandy has the ability to connect to your social channels, too. So, if you feel the need to tell the world what you’re having translated via Facebook or Twitter, you can do that.

We hope this brief list is helpful. At the same time, we want to reiterate the fact that using Machine Translation (MT) can be a great way to get the “gist” of translations, but shouldn’t be used as the only tool for deciphering foreign text.

United Language Group understands the need for strong human translators as well as the smart use of MT to secure accurate translations. But, as a foreigner traveling abroad, it doesn’t hurt to have some digital help.