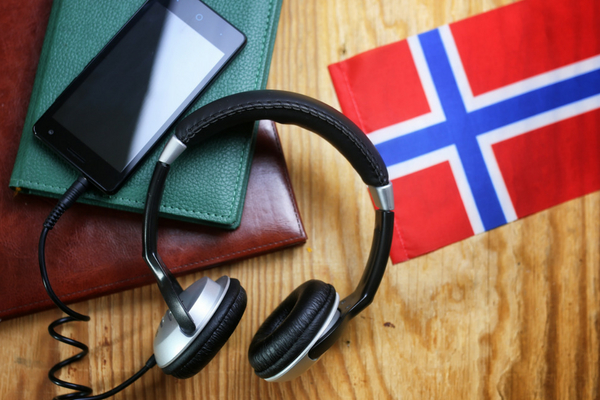 If you’re like most English speakers, the only thing you know about the Norwegian language is words like lutefisk and fjord. Let’s change that. Here are 5 fascinating facts about Norwegian.

Norwegian has four and a half million native speakers.

That doesn’t sound like a lot, does it? Compared to languages like Chinese (955 million speakers) or Spanish (390 million speakers), the number of people around the world who speak Norwegian is small.

However, Norway’s bustling economy punches above its weight. So, it's an attractive place to do business for companies from around the world. Most Norwegians do speak English as a second language. But sometimes there's just no substitute for talking to people in their native language.

there are two official versions of norwegian: nynorsk and bokmål.

That’s because both languages, along with Swedish, come from Old Norse. From 1397 to 1814, Norway and Denmark were one country. Danish was the language of the elite, the government and the Church.

After the two countries split apart, however, the government instituted a series of language reforms to differentiate Norwegian from Danish. Not everyone agreed with these reforms. Eventually, the country ended up with two official written versions of Norwegian. Bokmål, or "book language" is closer to Danish. Nynorsk, or "New Norwegian," comes from rural Norwegian dialects that were less influenced by Danish.

Bokmål is used by 85 to 95% of Norwegians, but all students in Norway have to learn both. Which one should you use for doing business in Norway? The answer depends on who your audience is and what their preferences are. So, it’s a good idea to have a language specialist on hand to answer that question.

Nynorsk and Bokmål are written forms. What about spoken Norwegian? Norway is peppered with countless small dialects, and it’s becoming more and more common for young people to write the same way they talk.

The Norwegian government is protective of these local spoken dialects. For example, Norwegian law requires schools to allow students to speak their local dialect in class.

Norwegian is somewhat mutually intelligible with the other nordic languages, danish and swedish.

This is especially true when they are written down. Bokmål, in particular, is quite similar to Danish.  This brings to mind the old adage:  "a language is a dialect with an army and navy."

However, even though the languages seem mutually intelligible on paper, differences in pronunciation make it difficult for Danish, Norwegian and Swedish speakers to understand each other in person.  Norwegian is closer to Danish in vocabulary. However, its pronunciation is closer to Swedish. It’s not surprising, then, that Norwegians can understand more of the other languages than Danes or Swedes can.

norwegian has a "pitch accent."

Spoken Norwegian is a “pitch accent” language. There are two tones used to accent or stress parts of words. In fact, more than 150 two-syllable word pairs are identical except for the accent. These accents give spoken Norwegian a lovely sing-song quality.

Are you looking for Norwegian (or other language) translation help? Our translators have the linguistic knowledge and industry expertise to make sure your message comes across clearly in whatever language your audience speaks. Take a look at the services we offer and the industries we serve, and contact us for a quote today.