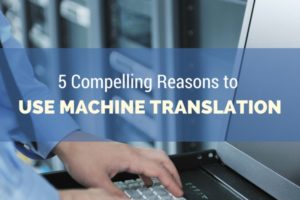 If you’re in the market for translation services, you’ve probably noticed companies like VIA advertising “native-speaking translators.” You may be wondering, “What does “native-speaking” mean, anyway? And does it really matter, as long as the translator is fluent in both languages?”

To answer the first question, a native-speaking translator translates content into their mother tongue, the language they grew up speaking.

And yes, it matters. Here are four reasons why we insist on native-speaking translators, and you should, too.

Did you take foreign language classes in school? Even if you have an aptitude for languages, learning another language is challenging. It takes work.

But learning a first language happens naturally from birth, at a time when the brain is primed for language acquisition. In general, people have a deeper and more intuitive understanding of the language they grew up speaking compared to languages they learned later in life.

Translation is all about communication, and how we communicate is influenced by our culture in so many different ways.

For example, cultural conventions dictate which words are appropriate for addressing different audiences and for different types of writing. Or, a word that’s perfectly acceptable in the source language could have unacceptable connotations in the target language.Native speaking translators are aware of these nuances and can make sure the translation communicates everything it’s supposed to (and nothing that it isn’t.)

Native speaking translators are aware of these nuances and can make sure the translation communicates everything it’s supposed to (and nothing that it isn’t.)

No matter what industry you’re in, clear communication is essential. Native speaking translators are simply better equipped to communicate the meaning of the source text clearly in the target language.

And did you know that people automatically have a hard time trusting people with foreign accents? It’s true. It’s not all due to prejudice, either- our brains are just wired to doubt statements when we have to struggle, even a little, to understand and process them.

If your translator writes with a “foreign accent,” your target audience may not understand what you’re trying to say. And that means they may find your company less credible.

How many times have you read an email, web page or an article and “just known” that English wasn’t the author’s first language? Do you want your target audience to have that same experience? Probably not.

Native-Speaking Translators Keep You Out of Trouble

Words matter. When it comes to laws and regulations, they often matter a great deal. If you’re in legal, compliance, healthcare or any number of other heavily regulated sectors, it’s essential to use the correct terminology in both languages. Using the wrong word can result in unpleasant and expensive consequences!

When Being a Native-Speaking Translator Isn’t Enough

For all these reasons, we insist our translators be native speakers of the languages they translate into. But don’t just take our word for it! According to the American Translators Association, “Professional translators work in their native language . . . a translator who flouts this basic rule is likely to be ignorant of other quality issues as well.”

That said, being a native speaker isn’t always enough.

Subject matter expertise is also key! Each industry has its own set of specialized skills, and often its own specialized vocabulary, too. That’s why we also require that each of our translators have at least three years of translation experience and that they specialize in a specific field such as marketing, legal or healthcare.

So, for quality translations, here’s the first step: insist on native-speaking translators with the right subject matter expertise. We’d love to help! Contact us today at 1-800- 737-8481 for more information.